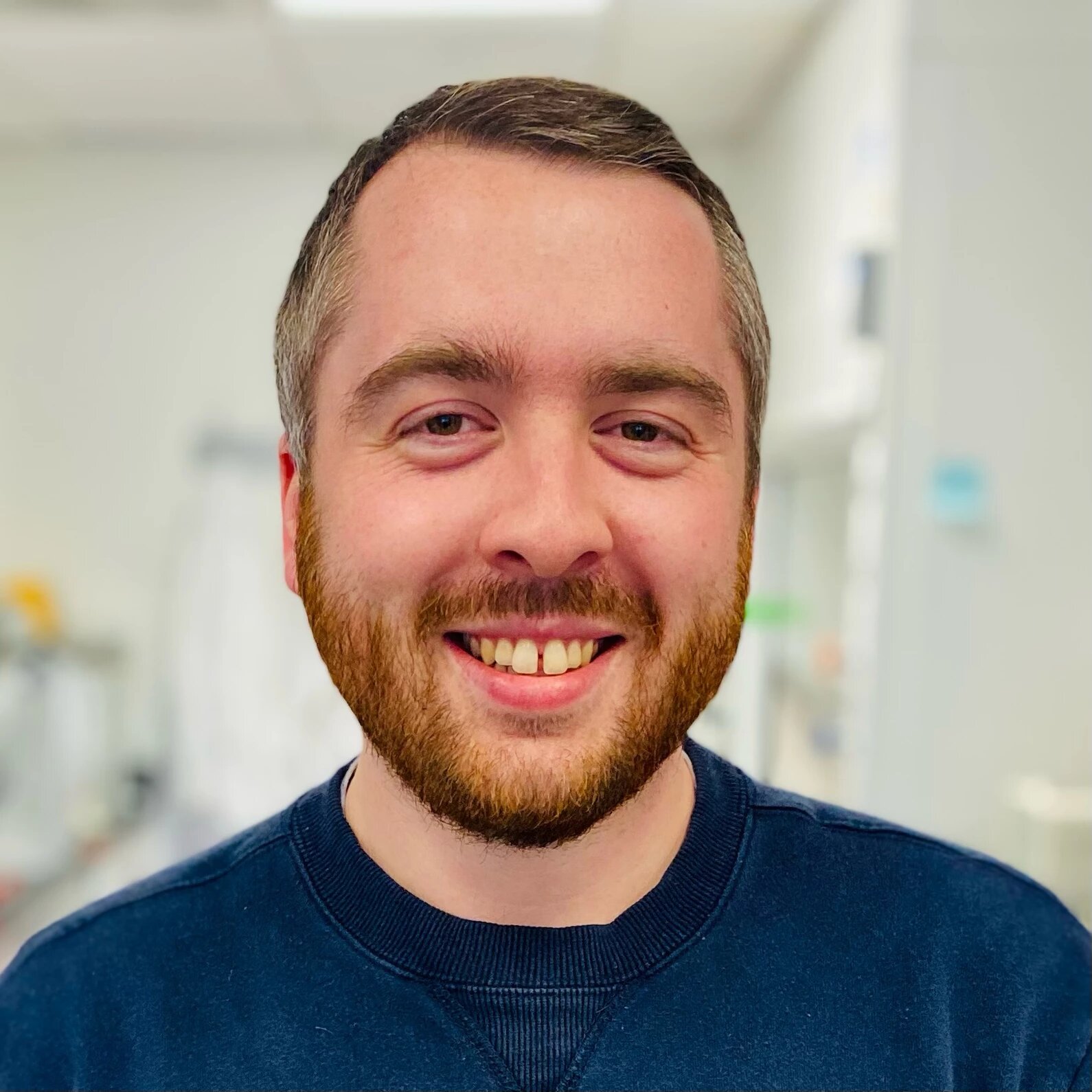 I’m delighted to continue the interview series with trainees in immunology around the world. In this post, I’m featuring Dr. Ryan Pardy, an outstanding postdoctoral fellow from Dr. Christopher Hunter’s laboratory at the University of Pennsylvania. I’m fortunate that Ryan accepted my invitation, as he is not only one of my “role model scientists” but also one of my best friends.

Ryan did his Ph.D. work at McGill University under the supervision of Dr. Martin Richer. During this step of his career, he devoted his time to studying the interaction between our immune system and a specific virus called Zika virus. Ryan has published many outstanding papers on this topic. We touched a little bit on all of them during our interview, but in this post, we focus on explaining how viral mutations can impact our internal defence mechanisms. As always, get ready to be amazed!

Zika virus: the calm before the storm

The Zika virus was first discovered in the 1940s and therefore is a relatively new virus. Although scientists were aware of this pathogen (which is another word for microorganisms that cause diseases), not much interest was put into studying it. That is because, at that time, this virus did not cause too much trouble. It was infecting only a few people and causing very mild symptoms.

This calm did not last too long as things slowly changed in the early 2000s. Zika virus began to be associated with more widespread outbreaks, represented by a sudden increase in cases in a specific location. But 2015, when things got really complicated, was a period when you probably heard the word “Zika” in the news for the first time.

Ryan told me that in 2015-2016, a massive outbreak “sparked” in South and Central America. This was highly alarming to many and especially troubling for me. As you may know, I was born and raised in Brazil, so hearing the devastating outcomes caused by this virus particularly touched me. To our luck, Ryan didn’t think twice when the opportunity of devoting his time and effort to learn more about this virus knocked on his door.

Ryan explained that the increase in Zika virus infections was not the only alarming thing; the symptoms associated with this infection were also getting worse! I asked Ryan why all of a sudden, a virus would become more pathogenic (i.e. higher cases and worse symptoms). He explained to me that two things could cause this.

First, when a virus “appears” in a new population (also known as a naïve population – meaning these people have never seen the virus before), our immune system is not very good at quickly taking care of this pathogen. If you are thinking about vaccines as I explain this concept, you are thinking correctly! Vaccines train our immune system for something we probably have never seen before, so we are not “naïve” to it if we encounter the pathogen in “real life”.

Second, the virus could have been mutated, which can change the way it interacts with our immune system. You have heard a lot in the news about the different variants of SARS-CoV-2, the virus that causes COVID-19. It sounds like the virus keeps on “making” these new and worst variants, which can be very confusing, but Ryan explained it very well to me.

He said that the reason why viruses have multiple variants comes down to how it replicates. Viruses have a very small genome. A genome is the genetic information, such as DNA or RNA, that pretty much “tells” the virus “how to look and behave”. A virus first needs to duplicate its genome to make more copies of itself. Here is where things get interesting. There are specific proteins that take care of proofreading the new genome as it’s being made. These proteins ensure that each freshly assembled genome is the same as the template used. However, viral proofreading proteins are very relaxed in performing this task.

Ryan said that during an infection, there are millions and millions of viral particles being produced inside of us; therefore, A LOT of viral replication occurs. If genome proofreading is relaxed, genome mutations can occur, meaning that the freshly made genome is not identical to the template used.

This process will inevitably lead to the generation of some “bad” viral particles (meaning not functional). Still, the odds are that it will also generate some “better” viral particles (maybe more infectious) than the original template. Good news for the virus, as it will perhaps be able to infect more people or different cell types, but terrible news for us!

Why is the immune system not working?

So, what is exactly happening with this “new” Zika virus? Yes, we saw higher and worse symptoms, but Ryan wanted to know whether this “was due to changes on how the virus and the immune system interact”. To answer this question, Ryan decided to compare two different Zika isolates (two different virus variants): a pre-epidemic virus isolate and an epidemic virus isolate.

I asked Ryan whether he thought the virus was “hiding” from the immune system. Although he said that contributed, this was not the whole story. After performing some clever experiments, Ryan showed that the epidemic Zika virus isolate was actively interfering with the immune response, preventing the immune system from clearing the infection fast. (Pardy et al 2021)

Not all is bad

But like many amazing scientists, Ryan was not satisfied. He needed to know more! He then focused his attention on another immune cell type, known as CD4 T cells. Although CD8 T cells are sometimes viewed as the “main players” during a viral infection, Ryan said that CD4 T cells also play crucial roles during this battle. For example, they are important to produce immune messengers (such as cytokines) and help B cells make better antibodies.

“Imagine that you are looking at a group of people for the first time. You will probably take a quick glance at their face and get a very broad knowledge of who is standing in front of you. But you probably won’t pick up anything specific about their features. This is almost what an initial antibody response to a virus is like.” said Ryan.

Antibodies we produce at first will be specific to the virus, but they will not “catch” specifics, but more of a “general knowledge” of the pathogen we are infected with. And to make better antibodies, CD4 T cells will come to the rescue! CD4 T cells will help B cells generate antibodies that are more and more specific to the current viral threat. This is a fascinating process and will be the topic of a future post (subscribe here so you won’t miss it).

And here is where things get really exciting. It turns out that although the epidemic Zika virus isolate was not great at making the CD8 T cells respond, it is very good at inducing those very specific antibodies. All thanks to a larger CD4 T cell and B cell response. (Pardy et al 2022)

A single piece of the puzzle

Wait, wait, wait… so during infection with the epidemic Zika virus isolate, B cells are making better antibodies; shouldn’t this be associated with better, and not worse, symptoms? Good thinking! But it turns out that our immune system is composed of many intricate mechanisms that are all timed to make sure we stay healthy. So, even if one specific piece of the puzzle is working better, it doesn’t mean it will be the end of the story.

Because the epidemic Zika virus isolate interferes with the early detection system of our immune system, it allows for the virus to persist within the host for a more extended period of time. And although this might incidentally lead to a better antibody response at later time points, we are still facing this high virus damage early on. “The virus is pretty much buying itself some extra time”, said Ryan. This allows the virus to spread within us and cause damage before our immune system properly kicks in.

Nevertheless, because of the ability to make better antibodies, Ryan explained that patients infected with the epidemic Zika virus would probably be better protected during secondary infection. Once our body knows how to make these great antibodies, it can make it much faster if it ever encounters the same infection a second time.

“It is all about having the right cell at the right place at the right time”, said Ryan. And that is why our immune system is so fascinating! Thank you, Ryan, for sharing your fantastic work with the ImmunoThoughts readers. We can’t wait to hear about all your future scientific discoveries! 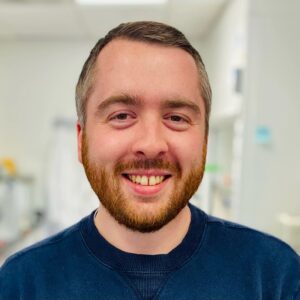 Dr. Ryan Pardy is a postdoctoral fellow at the University of Pennsylvania (Philadelphia, USA) in the laboratory of Dr. Christopher Hunter. Ryan’s interest in infection and immunology started during his BScH in Life Sciences at Queen’s University (Kingston, Canada), and the encouragement he received from his mentors motivated him to pursue graduate school. During his PhD training with Dr. Martin Richer at McGill University (Montreal, Canada), Ryan’s work contributed to our understanding of the foundations of protective immunity to a novel viral pathogen (Zika virus) and the basis for its enhanced infectivity and pathogenesis. During his postdoctoral fellowship, Ryan seeks to better understand how cytokines influence enteric immunity during infection with the parasite Cryptosporidium. Ryan aspires to establish his own laboratory studying cytokine biology during infection, but will follow the data wherever it takes him.